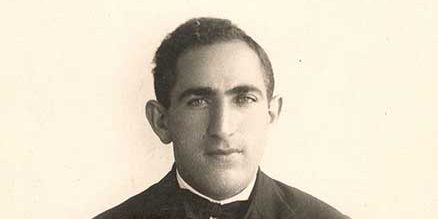 Alec arrived in South Africa in 1922. Somehow there was a connection to Louis Leftin; it is said that he gave Alec a job or papers. Alec worked on the diamond mines as a runner. He was about 22 at that time. He would run a distance for the owner of the plot to stake out his claim. He also worked for Sneech’s, and in a general store in Bothaville in the Free State, where he slept at night on the counter in the store. There was the Balkind family from Skud in Bothaville and Viljoenskroon and Elinor thinks he worked for them.

During World War ll, Alec did civic duty as a guard at the dynamite factory at Modderfontein. He was too old to go to war.

Alec married Myra Katz around 1936. Myra came from the Cape. Her family lived in small towns like Prieska, Porterville and Malmesbury. She went to school in Worcester and university in Cape Town, where she received a B. Comm. She worked as a hat buyer for Woolworths before she met Alec. She was quite liberal and mixed with people like Sam Kahn, who went into exile in the 1960s, and people across the colour line.

Alec and Myra were very involved in Jewish life. The 1940s were a time of war, survivors, displaced persons camps, etc. Myra and Alec were great Zionists. They used to have clothing drives in Kensington, where 600 Jewish families lived, and Alec would get a truck from Jaybee Brickworks to take the piles of clothes to be packed and sent to the displaced Jews in Palestine, and Israel after 1948. Myra was always involved in JNF projects and children’s projects in Israel. She was involved in the WIZO organisation and Woman’s Zionist League until she was in her 70s.

Alec and Myra lived at 110 Leicester Road, Kensington. Their children Elinor, Norma and Gerald went to Leicester Road Primary School, and Elinor started high school at Jeppe Girls High. But the family moved to Mountain View, and the girls went to Athlone Girls and Gerald to King David Linksfield. Myra believed in education and encouraged all of her children to get degrees.

Alec was neither well educated nor religious but he had a great love for Israel and Judaism. Alec and Myra were members of Kensington Hebrew Congregation, and with the brothers, helped build the shul. Alec always spoke with pride of the “meshallochim” who would pass Jaybee Bricks on their way from the airport to Johannesburg and collect funds for some organisation in Israel; they were never refused.

During the war years Mokkie Schachat was employed at Jaybee. When war broke out in Israel in 1948, Mokkie asked for leave to go to Israel. The Jaybee brothers kept his job at Jaybee for him, as well as his salary, until he returned. Around 1952, Mokkie asked Alec for a loan of £100 as he and his brother wanted to start their own business, Schachat Cullem (builders). Alec lent him the money. Mokkie became extremely wealthy and successful, and came back after 2 or 3 years to pay back the loan. Alec would not accept the interest on the loan. Mokkie was always a part of the Judelmans’ lives, and when Alec turned 80 he gave Alec a Siddur with large script which Norma treasures until today.

Alec’s passions were his children, Jaybee and bowls. He was a member of Reading Country Club where the family spent every Sunday. Myra played golf, Alec played bowls and the kids swam in the pool. Later Alec became a member of Oldroyd Bowling Club in Frederick Street, Observatory. He used to walk there from their house in Mountain View a few times a week.

Alec built a township called Sunny Rock on the site of the first brickyard. The township has an Alec Street and an Elinor Street. 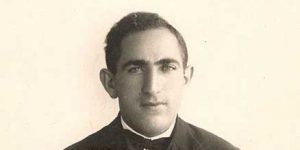 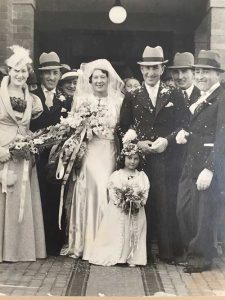 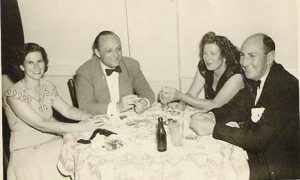