Hennach Judelman came to South Africa at the age of five with his mother, Minsa and two older brothers Lazar and Ben in 1930 to join their father Judel who had come before them in Mooiplaas outside Pretoria.

Mooiplaas was very isolated and in their early years they did not yet have electricity andHennach had to ride his bicycle several miles to get a bus to go to school. He attended Pretoria Boys High and graduated at age fourteen.
He then went to board with a family in Berea, Johannesburg while attending the University of Witwatersrand Medical School, from which he graduated as a doctor at the end of 1946 aged twenty one.

During this time he met Esther Jankelowitz and they married on the 7th December 1947.

He worked as a general practitioner including eight years in the small town of Heilbron in the Orange Free State.

In 1960, the family moved to Johannesburg where Hennach trained to become an anaesthetist.

Shortly after starting his own practice he was taken ill with a rare type of cancer and with my mother they went to London for special treatment. They spent three months there and the children were cared for by his wife’s family.
Hennach returned from this cured but he suffered permanent loss of vision in one eye and was never able regain his former level of physical ability. He returned to work in the department of anaesthesia at the Johannesburg Hospital where he worked and taught until his retirement.

He died from late complications of radiation treatment in 1997.

Hennach was an amazing humanitarian and set a great example to his family. His family recalls walking with him in the hospital and seeing how he interacted with people, whether colleagues or cleaning staff and all were treated with respect and dignity and they saw how beloved he was by all those he interacted with.

He was very committed to his “Yiddishkeit” and to Israel and they and his family were central to his life.

He always was against “lashon harah” and told us that if you have nothing positive to say about someone, say nothing. Another of his favourite sayings was “on the road of life, walk humbly with your God”. His wife Esther stood by him through all these ups and downs and was a great caregiver and comfort to him. 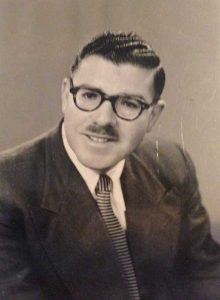 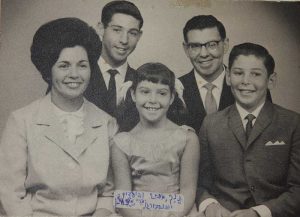