Menacheman ben Tzvi (Mannie) Judelman passed away in Johannesburg, South Africa, on October 14, 1996, which corresponds to 1 MarCheshvan 5757. His date of birth in Skud, Lithuania, is less certain; he told his family that his mother had falsified his birth certificate to help him evade being drafted into the Russian Army. He was probably born in 1908, making him 88 when he died.

Mannie described his childhood, and especially his family life, as very happy. He enjoyed sports, and there are records of his participation, probably in gymnastics, in a type of “Maccabi” games in 1924 and 1925. He was less positive about his schooling. He told his family that he remembered only two words of French after studying it at school – “la porte,” or the door. Those were his teacher’s words when he was sent out of the classroom for bad behaviour.

As life became more difficult and the doors slammed shut for Jews in Lithuania, other doors were opening up. After a period in Memel, working for his sister Ress and brother-in-law Leo Golden, Mannie left Eastern Europe in July 1929, on a voyage that would reunite him with his older brothers Louis, Issie, Alec and Max in Johannesburg, South Africa. He travelled from Hamburg to Cape Town on the Usambara, a vessel belonging to the German East Africa Line / Woermann Line.

Mannie’s brothers had saved up to help pay for his passage to South Africa; now it was his turn to help bring his younger brother, Sydney, to join his siblings, and also to contribute what he could to his father, Hirsch, in Skud. Bank receipts, the earliest retrieved dated October 7, 1930, show that Mannie sent his father amounts ranging from £5 to £21. In 1939, the last family group arrived in Africa – Leo and Ress Golden and their children. They were not allowed to immigrate to South Africa and ended up in Bulawayo, Rhodesia.

Mannie loved to drive. Initially he rode motorbikes, but he soon moved on to cars. An early purchase in South Africa was a Dodge Coupé in 1936, for which he paid £125. One of his favourite cars was the Chevrolet. He bought his first, a Fleetmaster, in 1947. His last motor vehicle was a champagne-coloured Jaguar XJ6, which he had for the last 20 years or so of his life. This Jag was an absolute dud. It was more often than not in the workshop undergoing repairs, but he refused to part with it.

Mannie met the love of his life, Shenella Katz, at the June 1937 celebrations of the marriage of his brother Alec to Myra, Shenella’s sister. Myra was born and raised in the Cape; she met Alec when she came to Johannesburg to work. Myra told Mannie on every possible occasion: “Just wait until you meet my sister.” So Mannie waited and his and Shenella’s union was, for all intents and purposes, a “gereidene shidduch.” They were married in Cape Town on January 9, 1938.

Shenella was born in Cape Town on June 20, 1915. Her parents, Chona (English name Charles, but no-one called him that) and Bertha, ran a small store, Katz General Dealers, in Doringbos, where Shenella spent the first few years of her life. Her given name was Jeannette; people called her “Sheinella” as she was so pretty. As an adult, she changed her name officially to Shenella. She had two siblings, her older sister, Myra, and a younger brother, Ivan. The family was constantly on the move. Chona and Bertha ran a series of hotels in small towns in the Cape Province, including Prieska and Porterville. Shenella matriculated in Worcester, and then the family moved to Cape Town, where she worked in a milliner’s.

Mannie ran a small general dealer’s, I. Davidson and Company, in Bedfordview. After their marriage, Mannie and Shenella bought a house on 112 Leicester Road, in the newly developed suburb of Kensington, Johannesburg. Chona and Bertha came to live with them. Mannie and Shenella had three children, Alan, Neill and Lorna. Alec and Myra lived next door with their three children, Elinor, Norma and Gerald. The double relationship – two brothers married to two sisters – led to a great closeness between their two families.

While Mannie took care of business, Shenella was very active on the home front. The house was always clean and tidy, and she was a strict disciplinarian. Her children’s friends knew better than to come round to play when it was homework time. The three children went to Kensington Ridge Primary School; thereafter Alan and Neill attended Queens High School, and Lorna went to Jeppe Girls High. Alan married Lin Galland; Neill married Linda Lewin; Lorna married Phillip Poplak. All three families eventually emigrated to Toronto, Canada.

Shenella’s brother, Ivan, fought in North Africa and Italy during WWll. After the war, Mannie bought a large tract of land in Germiston and started a brick manufacturing company called Germiston Brickworks. He took Ivan in as his partner. Ivan was the “hands-on” person, and Mannie took care of the business side. Mannie also began to buy up properties in Germiston (in partnership with Ivan) and Elandsfontein (with his brother Max). His lack of schooling was not a hindrance; at the end of his life, he could still add up long columns of numbers without using a calculator.

Mannie and Shenella were both active in Jewish affairs. Mannie gave generously to Israel. Ivan used to joke that visiting rabbis would stop off at Germiston Brickworks to see Mannie on their way into Johannesburg from the airport. Mannie was a founder member of the Kensington Hebrew Congregation, and ended up on the board of the shul. Shenella worked for the Zionist League until she was in her 80s.

As for their respective leisure activities, Mannie took up lawn bowls and was a founder member of the Reading Country Club in Alberton. He enjoyed playing claberjas with his father-in-law in the early days, and subsequently took up bridge with Shenella. Shenella read copiously. As an adult, she developed a great love for the French language; reading, speaking and attending conversation classes.

Mannie and Shenella enjoyed travelling. Initially, they took their young family on holidays to Margate in Natal, to Cape Town, and to visit the Goldens in Rhodesia. As early as 1958, Shenella went on a trip to Europe with Ivan’s wife, Marcia. Shenella and Mannie travelled together to Europe and the Far East, and, once their children had married and moved away, they visited them in England and Canada.

In the mid-1960s, Mannie and Shenella moved into a new house on Green Street, Linksfield. The last home they shared was a townhouse in Bruma. In 1999, after Mannie passed away, Shenella emigrated to Canada to join her children and grandchildren. She died on November 13, 2010, corresponding to 6 Kislev 5771, at the age of 95. 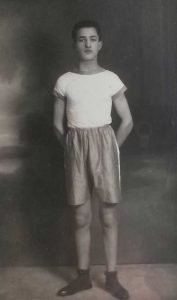 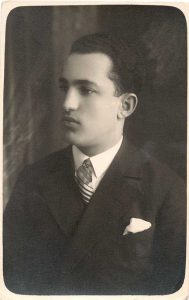 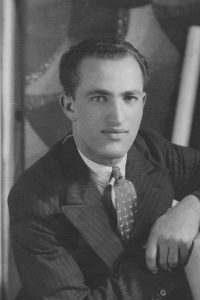 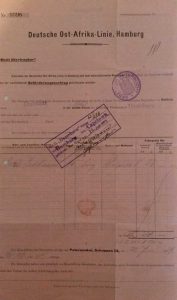 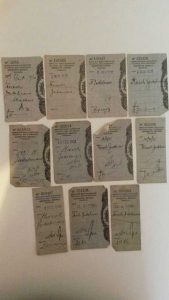 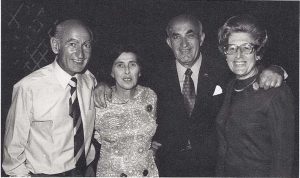 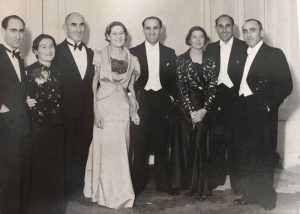